From Scarlet Spider to Fantastic Four

Hey folks,
As of last night, I am finished with my interior work on Scarlet Spider. I'm remaining on the book to do covers.

As you may have heard, I'll be joining Jonathan Hickman on his legendary Fantastic Four run. I'll also be joining some of the greatest names in comic book history as a contributor to this fantastic series. Yes, I will be drawing a book created by Stan Lee and Jack Kirby. What an honor.

Having said that, it is still difficult to be leaving Scarlet Spider. This is the book that changed everything in my career.  Not only that, but I KNOW it's a really great book. I feel like Chris Yost and I both really did our best work of our comic careers. We hit it off right from the beginning and both pushed each other to be the best we could be. Lucky for you, Chris is staying on the book with the tremendously talented Khoi Pham handling art chores.

Now that I'm finished I feel like I can't just leave the book without giving proper thanks to all the fans that supported it. You guys made the book a hit. And you made me feel great about the hard work I was putting in. It was truly one of the most gratifying experiences of my life. The fans from Houston, Texas especially. Steve Wacker suggested we put the book in your city and you guys rewarded his forward-thinking by supporting the book beyond our wildest imaginations. The visit that Chris and I made to your city was a highlight of my career/life.  THANK YOU!

One of my favorite descriptions of Scarlet Spider in reviews was that it was like "an indy book set in the Marvel Universe." I could not agree more. That's how it felt for us working on it. Not that Kaine is a new character, but he is a CHANGED character in a new location. We got to do whatever we wanted and create so much. i think this is an interesting formula for great comics and I hope Marvel does more of it in the future.

In the end, this series was such a hit that it earned me a promotion. Fantastic Four is a flagship title at Marvel and they wanted to put me on it. And of course, it's an opportunity that I can't turn down. But I do feel that Chris and I laid plenty of groundwork for the future of Scarlet Spider...Plenty to keep it a quality book for a long time to come.

And by the by...I still have issue 6 coming out. To be honest, I think it's my strongest work to date. I put everything I had into it. I even inked it myself. And Edgar Delgado's colors are rolling in right now and they are gorgeous. I can't wait to see this thing all put together.

Special thanks to Steve Wacker and Tom Brennan for the opportunity and keeping me organized and on task, Chris Yost for being a badass writer, Marte Gracia and Edgar Delgado for their great colors, Mikey Babinski for slinging some serious ink, Joe Caramagna for slinging some serious letters, and Dan Slott for teeing up this character for us. Thanks to my wife for putting up with the late hours so that we're WAAAAAY behind on our favorite tv shows. And thanks, of course, to the fans. 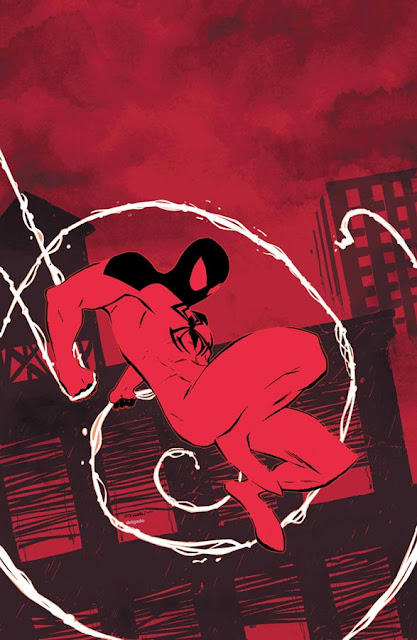 Hey folks,Here is the cover that I did with Edgar Delgado for issue 7 of Scarlet Spider. As some of you may have read, I'll be moving on after issue 6 to Fantastic Four with Jonathan Hickman as writer. But I'll be staying on covers!
Posted by Unknown at 12:16 PM No comments:

Okay folks, here we go.
I am now open for sketch pre-orders for C2E2. I will only be taking 6 pre-orders so that I can have plenty of room for people that are attending the show. Also, the pre-orders are $125, while buying sketches at the show is only $100. Just a heads up.
If you are interested in pre-ordering sketches, please email me at stegmanr@gmail.com. I’ll set you up with paypal info and everything needed.
Also, at C2E2 I will be debuting two new prints, both limited to 100 copies. They will be $10 each. One is the AvX cover featuring Cyclops and Cap, and the other is Scarlet Spider. See them below. Get ‘em whilst they’re hot!
I’m really looking forward to Chicago! Please stop by and say hi! 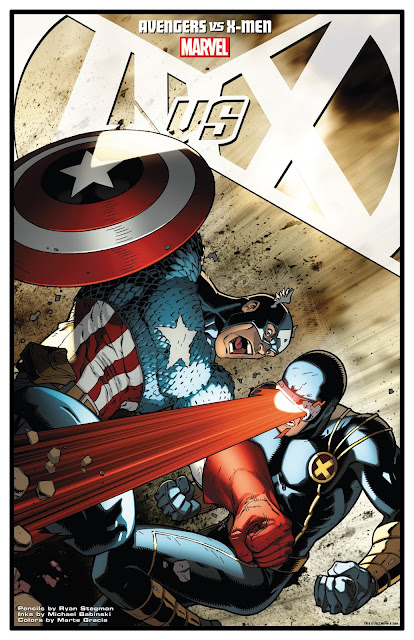 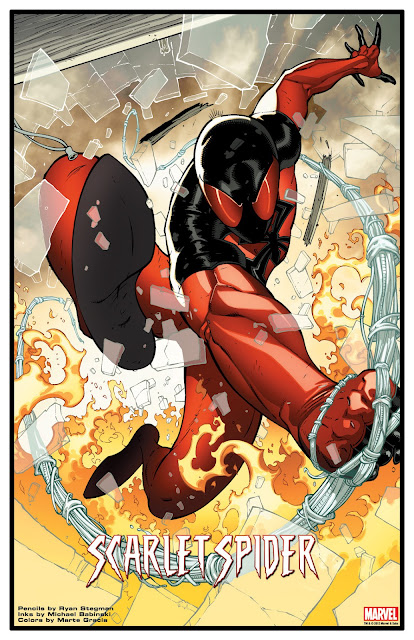